A Single Conversation Could Change Your Life Free Consultation

When you’re with a woman, focus on taking it one step at a time.

Think about the step you’re in, and keep your focus on that one moment only.

Those are the the chords, and let’s just say you can put in the song, “Let it be,” in there. Its basic chord progression is C, F, G, and back to C. I don’t know if that’s exactly true, but I’m pretty sure it is.
As you learn the songs and you practice enough times, it becomes a part of you. 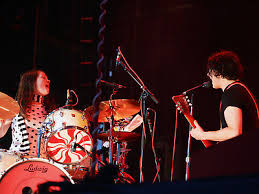 When you’re playing the C chord, you can’t play the F chord too.

You can only play the C. You must BE with the C.

That’s all that you can do!

The more you do that, the more present you become.

Literally, the more now you become.  The more your presence rises in the moment, and the more attractive you become.

Women want to be with men who take their time, and don’t rush into the next thing and then the next thing. They want a focused man who can be in each moment when it comes.

A great musician knows that each chord in the song is just as important as the rest and takes his time with his art.

The more you do that with a woman, the more you’ll connect with her, and the more irresistible you’ll be to her.

The New York Times (One in 8 Million)