A Single Conversation Could Change Your Life Free Consultation

In the world of men meeting women, you come face-to-face with all of your limitations. It’s so easy to fall from the joy of the practice and start seeking results.

Of course, we all would love to have the results that initially spurned us forward, which is to have more growth in our lives and to have abundance.  And often, the more people we talk to, in general, the more disappointed we will be because there are more people to be disappointed by. We come face-to-face with the thought, “Man, I’ve got all of these phone numbers, but the girls are not texting me back.  It’s so frustrating.” 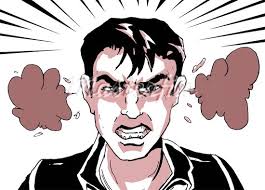 Yes, you got phone numbers. Mostly anyone who goes up and talks to people and asks them for phone numbers will get phone numbers every day.  But did you make that many connections? Sometimes you did make a connection and she still didn’t call you back, or she responded once, twice, three times, and then all of a sudden dropped off the face of the earth.

The first thing you need to do is accept that this is the nature of it.  This is what happens when you put yourself out there and let people know that you’re available. Sometimes, people will not respond to your energy.  Last year, nobody flaked on you, but you didn’t talk to anybody either. Now this month, 20 people flaked on you, but you talked to 50 people.  So it’s just part of it, and you have to understand that.  And it’s good practice for letting go of the idea that you’re supposed to be with this one or that one.

If you can believe that if you just keep flowing like water over a rock, and not getting stuck like rock on rock, you’ll meet more and more amazing people. Have faith in that. Quite honestly, every time I meet an amazing girl, there were probably three or four girls before that that flaked on me.  But I keep moving.

Yes, I got frustrated, but I shook it off and I moved on.  I put it in perspective.

In general, you talk to these girls anywhere between one and five minutes, maybe 20 minutes at most, right?  That’s your investment in time. And in that time, you’re practicing your art form of interactions, and that’s really all it is.  And if she didn’t respond, don’t give it much more time than that.  Don’t give it more than a minute, or 5 minutes, or 20 minutes of your attention afterward. Do what you can to engage her.  If it doesn’t work, let it go.  It’s a life lesson learned in the time it takes to watch a television commercial.  You know what I mean?  Let it go.  Are you  going to dwell on that commercial all day?
So let’s keep putting it in perspective and keep flowing.  It happens to everybody.  It happens to the best of us, and it just happens a lot less as time goes on and you keep putting forth the effort.

The New York Times (One in 8 Million)